A Desire For Knowledge 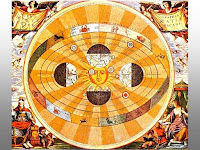 Do you declare that, unbiased by friends, and uninfluenced by mercenary motives, you freely and voluntarily offer yourself as a candidate for the mysteries of masonry; that you are prompted to solicit this privilege by a favorable opinion conceived of the institution, a desire for knowledge, and a sincere wish to be useful to your fellow creatures?

That first time you are in lodge and waiting in the preparation room is such a crazy experience. You really don't know what is going on (hopefully), sitting with men you don't really know, and are asked to arrange yourself in the manner required for the initiation. All of the sudden two dudes with staffs enter the room and start asking you questions which you answer without really pondering what is being asked because on the surface they are easy questions to answer. Those questions however are the single most important questions you will ever be asked, and in my opinion, the one above is crucial to the future of the fraternity in the United States of America because it is what separates us from all of the other fraternal or civic organizations out there.

The first part stems from our need that men come of their own free will and accord. Solicitation and recruitment produce members, not masons. You offer yourself to the mysteries of masonry not to the organization of Freemasonry. Ours is a fraternity for making men withdraw into themselves and seek, with the help of the divine spark that is within us all, the truth that underlies all things.

The next part reminds us that it is a privilege and not a right to be a mason. A privilege is something that needs to be maintained not something that is guaranteed. When you receive your drivers license after fulfilling the requirements of the state you live in you must obey the laws of the road or you may loose the privilege that was granted to you. If you violate the laws of the road too many times you can loose that privilege for life. Think about that. I have recently been reading the minutes of my lodge from back in the 1800's and found that it was much harder to maintain the privilege of being a mason back then. Trials and suspensions for unmasonic conduct happened often and I think if we demanded our brothers now to live up to the standards of the past many would fail and loose the privilege of being a Freemason.

The next part, is my favorite part, and is something that is as much a part of my being as breathing, a desire for knowledge. I have never known a time in my life when I did not have the unquenchable thirst of curiosity. I am not just curious about finding out what things are but also why and how. In the beginning of our history as a craft, knowledge was not easily attainable. Be it by the church or monarchy, knowledge was a thing to be controlled and be distributed as little as possible in an attempt to keep the people down. Back then a desire for knowledge was a desire for enlightenment, and freedom that was not the norm at the time. We live now in a time when knowledge is as easy to gain as a mouse click yet the majority of the populace, of this country at least, would rather use their time to be mindlessly (and usually tastelessly) entertained for a couple of minutes. A serious desire for knowledge is something that needs to be resurrected and inculcated in as many people as possible.

The last part becomes the result of living up to the others. After offering ourselves to the mysteries of masonry, maintaining the privilege of being one, and quenching our desire for knowledge we may be useful to our fellow creatures. Notice the word creatures and not man. If we live up to the promise and possibility that our order can produce in a man we live as the Great Architect of The Universe meant us to be, and we can be useful to all of its creation.
Posted M.M.M. from the North Eastern Corner at 3:08 PM 6 comments:

You Have To Dig In Dirt To Find Gems.

One of my favorite pastimes is wading through anti-masonic sites to see what they are up to. I was recently on the big one, which I won't name to give them any credit (but they watch us), where I found a very interesting and balanced article on Freemasonry which illuminates a curious history on a certain cornerstone laid by a certain famous Mason and founding father of the USA. Its a great read and fun topic. Enjoy!

http://www.townhall.com/Columnists/CraigShirley/2008/04/02/romancing_the_cornerstone?page=full&comments=true
Posted M.M.M. from the North Eastern Corner at 9:34 AM No comments:

It's Times Like This I Wish We Were the Nefarious World Running Order That Some People Think We Are!!! 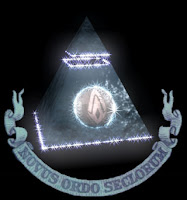 It was your run of the mill lodge night.
The vibe was good.
We were continuing our back breaking, degree after degree, pace of bringing in new Brothers which we have been doing constantly this year. ( I know, I know,... whoa is us). Three of our newest brothers were getting prepared to be passed to the degree of Fellowcraft. All was going fine until one after another we realised we were going to be about three officers short. This degree was thrown together in a very short time and an email was the only notice sent to the Craft to set us to labor. Important note for W.M's and others who only communicate via the Web; not everyone checks their email as regularly as others so if you need to set something in motion in a short time it would behoove you to use that old fashioned instrument of communication called the phone!
I digress. Anyway, we were all eating our meal before the degree or setting up the lodge. Innocently doing what we do all the time, while a reprehensible act occurred outside the lodge in our parking lot. I don't know who exactly was the first to discover this but someone stepped outside and noticed that someones car had been broken into! That someone was one of our young Entered Apprentices about to be passed to the degree of Fellowcraft. His car window was smashed to bits and some jerk had grabbed his GPS from the front seat. One by one we all spilled out into the parking lot to gawk at the scene while the police were called.
Our direct Past Master and Chaplain is a detective in our local police department, but of course on this evening he was one of the missing officers of the night. While we all waited patiently for a policeman to show up, and I repeat patiently...., and the hour to open the lodge had long passed so it was decided to postpone the degree for a week because we did not want to go home in the wee hours of the morning.
A long time ago someone broke into my car and stole my entire CD collection, which numbered in the hundreds at the time, and I can remember the feeling of violation that accompanies such an occurrence. Our newest brother handled the whole thing very well and maintained his composure the entire time and even joked about how the moron who did this smash and grab act luckily did not see the $2000.00 camera in the back seat.
If we could, I would love to set our imperial forces upon the evil aggressor who perpetrated the ugly act, but unfortunately we don't really control the world!?!
Posted M.M.M. from the North Eastern Corner at 9:41 AM 2 comments:

Post Script. At the last meeting of my lodge I sat in the East for the first time to confer the degree of Entered Apprentice on a friend who has been like a brother to me for a very long time. Quality men from a lodges halfway across the State came to help me in this endeavor because we became friends after a man whom I consider a friend and mentor left me in their fraternal care a month ago. Now my old friend is my Brother and my new Brothers who I just became friends with, helped me do it. We all met on the Level, acted on the Plumb, and Departed on the Square and I look forward to all of the fraternal relations to come. Its great to be back in a Brotherhood!
Posted M.M.M. from the North Eastern Corner at 10:03 AM 1 comment: