The Stone That The Builder Refused

I was recently asked a question by a Brother that I had no real good answer for. While we usually concentrate on how to get good men to join our fraternity the question on how to turn someone away rarely comes up.
My Brother has a certain someone who he has known for a long time, who constantly hounds him for information on the craft. Good news right? Well, this man, according to him, is far from the type of man who we would wish to call a brother and my Brother asked me how best to turn him away.
Recommending a man for our order is one of the highest honors that can befall a Freemason, but it also comes with great responsibility. With the future of Freemasonry still uncertain it is my opinion that we should be extremely careful of whom we bring among our numbers. It is hard enough sometime just to find good men who are also willing to take the chance on a Brotherhood veiled in mystery and history, but there will always be those out there who have no problem taking solemn vows just to find out what we are about. Men with no honor to keep their obligation and you know sometimes there is no real way of knowing this until way too late.
After getting the idea of what kind of man my Brother was talking about, I suggested he stress the moral basis of our order which might turn off an amoral person and if that did not work I suggested he just tell him that it is just a bunch of old men! I did not know what to say. I try to keep myself away from those type of people and if I must associate with one, and we all have to at one point or another, I keep it as shallow a relationship as possible.
What do you do with a man who wants to join Freemasonry but you think is not a good fit? Or even yet, what about a person who you think is alright but you just don’t like?
Tough questions when most of our lodges need more people, but I don't ever want some visitor to leave my lodge thinking of what I thought when I wrote Higher Standards or Lack Thereof.
Posted M.M.M. from the North Eastern Corner at 10:17 PM 5 comments:

First E.A. In The South

Thursday night marked the fist Stated Communication with yours truly sitting in the South and I hit the ground running with an Entered Apprentice degree. Although I fall short of my fellow blogger, and Junior Warden, Traveling Man from Movable Jewel's immediate step up night as Worshipful Master in his first E.A. degree, I think it went pretty well except for my refering to the hour of refreshment as "HIGH NOON" which received a hearty laugh from all present. 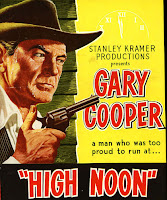 Speaking of all present it was quite a night at Old St. John's.
I was the first one to arrive and began to set up the wonderful dinner prepared by my lovely wife for the Brethren. The candidate for the evenings conferral was already there and ready to go. This degree was primarily orchestrated by myself in the time since our installation and that evening. I dont know if it was the satisfaction of putting this degree together or the excitement of sitting in the Junior Wardens chair for my first full meeting, but from the time I arived there was a buzz in the air. As the usual Brothers started to show up, I went up stairs to the lodge room to set up for the degree. This went well with the help of a couple of my Brothers and when I went back downstairs I was very pleased to see a room full of men eating and conversing around the meal prepared by Mrs. Jr. Warden. On top of that there were some interested men around my age there to learn more about my lodge, sitting down and conversing with the Brethren! We even had an Entered Apprentice from the other lodge in my city there to watch the degree from the sidelines. I can say, without a doubt for the first time, that the average age of everyone gathered was a full couple of decades younger than had been gathered at Old St. John's in quite a while.
Our outlook as a lodge is getting much brighter.
During the meeting petitions were being turned in and investigations were being voted on. How exciting. The degree went great and afterward the fellowship was also. Our newest Brother hung around and was very greatful for the degree we gave him. He is a welcome addition to the craft and will, I have no doubt, be a contributing member to my lodge.
We are scheduled to do another E.A. degree in two weeks which will also be our annual inspection which I am a little nervous but also really excited about.
Speaking of excitement, my dear friend who I have mentioned before on this blog, called me last night to let me know that he has deceided to petition my lodge for the mysteries of Freemasonry. He will be the first man to bear my name as recommender on his petition and it will be with great honor that I hand it over to the lodge.
There is much work to be done!
Posted M.M.M. from the North Eastern Corner at 7:31 PM 3 comments:

I am at a crossroads in my life.
I have followed the road before me allowing the divine to guide me to where I am, so here I am.
My life, through its turns and hills and valleys rambles on, and I am a faithful traveler. Tonight I watched a program on PBS called African American Lives 2 which, in turn, led me to my keyboard again to share myself with the mostly faceless world of the Masonic Blogosphere.
If you have read my story you know I am an American man of Irish decent. I have always been fascinated with history and have spent my life in the pursuit of the stories that make up what my experience is. I was always the one sitting and listening to the stories my grandparents told me of their lives in the old country or during the depression, or with anyone that had a story that was told, with what we Irish say, with enough embellishments said only for the sake of those listening. I have never forgotten them.
History, his-story, stories.
That is what this blog is about, the stories of my life since being raised to the sublime degree of Master Mason with a lot of old stories mixed in.
The story of my going by chance to a Prince Hall memorial ended up touching many more people than I could have ever imagined. Like all good stories, it came from the heart and transpired with the touch of the divine that makes a good story good.
Tonight, while watching the previously mentioned program, I was touched by the stories brought forth to some celebrities of African American descent of the history of their families that most of them did not know. At one point during the program comedian Chris Rock was brought to spontaneous tears after finding out about a great-grandfather who after being freed from slavery went on to fight in the Civil War and then became an elected official. Chris had never heard this story and admitted his life would have been much different had he grown up knowing what his ancestor had accomplished. I know the feeling, well, kind of.
I can certainly relate to spontaneous tears after finding out information on family members you never had even heard of.
While doing some online research of the history of my father’s family that I knew little about, I followed the birth and marriage certificates back to my Great Grandmother, and while looking for more info, came across her death certificate. When I discovered the document and read of her death, of a now easily curable ailment, I found myself brought to tears for a woman who had no part of my life up to that point. It was like someone just told me of the death of a relative I had always known. It’s funny how we can react to new information. Information is powerful, stories are powerful, they can touch the heart in a way that transcends a current reality.
Here is my request.
Kind of like what my brother Widows Son did with his "We all shine on" but different.
I want the stories of my Masonic Brothers from Prince Hall Freemasonry. Stories like my "Why I Knocked" story. I want to hear why you joined, what you get out of it, and why you think Freemasonry is important to you. I think, that I now have more Prince Hall Brothers reading my blog, and I want to take the opportunity to further the cause to which I espoused myself to’ from my earliest day as a Freemason, to my "Chance Inspiration" post.
Send them to me at thenortheasterncorner@gmail.com and if you wish, I will share them. If you do not want it to be shared, I want them for my own personal reading pleasure and life journey.
Stories are powerful.
My hope is the stories of your Masonic journey shared with the "mainstream" Masons can further show how there is no difference between us and break the lingering barriers to true brotherhood.
There is much work to be done. I hope you can help.


On a lighter note, on my recent travels, while using my "Square and Compasses Radar" while traversing down and up I-95, I can say with out a doubt that every time I saw a S&C emblem on a car it was driven by a Prince Hall Brother and that makes me jealous. Either no "mainstream" Masons were on the road or Prince Hall Brothers show their pride more!
Posted M.M.M. from the North Eastern Corner at 12:32 AM No comments:

All right, I dont know everything!
I just got back from a trip to D.C. and have a question for the grizzled Masons who read my blog. During a stop on the New Jersey Turnpike while I was getting out of the car I noticed the man who just got out of the car next to me was wearing a Square and Compasses on a necklace. He in turn must of noticed the Masonic ladies slipper emblem on my wife's car and immediately came up to me and said;
"I see you're a Traveling Man"
To which I responded quite lamely;
"Yeah, I'm a brother"
After exchanging a smile and a handshake he mentioned he was from the local Prince Hall Lodge and I told him where I was from and we departed on the square.
Is there a proper response to that statement?
Should a token be given?
If so, which one?
There is some stuff we never teach in our degrees and this is definately one instance where I was at a loss for words believe it or not!
Posted M.M.M. from the North Eastern Corner at 11:43 PM 15 comments: