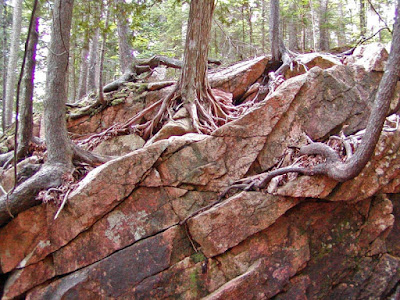 Just a short while back I was having a hard time with what was occurring, or actually not occurring at my lodge. Frustration, like a mold was growing upon the edifice I had constructed in my mind. It starts in the small shadows that receive no light and quickly, unoticeably, multiplies and becomes larger. It is often overlooked as a natural occurrence and left untouched, but left untreated it can quickly cover the perfect cornerstone and more, and turn an architectural masterpiece into an appearing abandoned structure, no matter what dwells within.
I am in utter amazement and awe that I am writing this post sitting in the crisp New England winter evening air, enjoying a lovely snifter of the amber water of life sending smoke signals to our creator, my face lit by the unnatural glow of a small 10 inch screen connected to the entire world wirelessly via the ingenuity of man. WOW!
How can anyone believe that this existence is just a random happenstance of a single cells evolution from a primordial slime to this! I will not judge, but come on...
Anyway, I can say that the mold on my lodge is fast being cleaned away and the treasure underneath is being revealed one stone at a time.
As Senior Warden, free of the toil of providing the meal to the Brethren, I arrived at our last meeting fashionably late. My candidates, and I say this because I was the first line signer on their petitions, were enjoying a meal with their soon to be Brothers when I arrived at the parking lot next to our lodge filled with cars and a basement full of Masons enjoying the fellowship of our order.
I gladly shook every hand and felt the warmth of being among gentlemen who care about what we are and what we were doing. The nervous newcomers were in the midst of it all, not sectioned off alone to their thoughts, but in the midst of welcoming warm comrades. The vibe, as it has been lately, was extremely positive because the labor we were about to undertake was for the good of us all. There were a couple of Masons among us who wore the purple of our fraternity (we were being inspected after all) but you would not have known it until we all donned the ceremonial garb of our craft. We were and are all on the level.
I was gladly the first of the officers to be taken into the preparation room to be tested for my competency by a man I really respect when it comes to our order, and except for a temporary brain freeze when it came to the Grand Masonic Word, there we were in the five points of fellowship and my mind went completely blank for a couple of seconds, it was a breeze.
We initiated our newest Brothers almost flawlessly and if it weren't for an accidental activation of a particularly loud child's toy when the candidates were first brought to the center of the lodge for prayer ( I nearly burst out loud in uncontrollable laughter) it was almost a perfect Entered Apprentice degree.
And get this, no one was in a rush to leave after the meeting!!! There was a fellowship after the degree which I had not seen in my lodge yet and it made me so happy.
We are getting there.
There is still much work to be done, but.......work can be fun when it is good work!
Posted M.M.M. from the North Eastern Corner at 11:42 PM 1 comment: