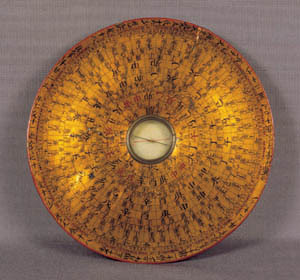 Down the hall from the middle chamber in the back corner of King Solomons Temple was a plain door. It had no markings on it or no gilded frame work just a plain wood door with a brass handle on it and behind the door was the office of Hiram Abiff.
Its walls were stacked with all sorts of scrolls and tablets and tools of every shape and size whose purposes and uses were known only to a few. There were a couple of planks placed on wood workhorses where the trestleboard lay with plans for the labor of the craft and upon the trestleboard was the most important tool of them all, the compass.
This tool was acquired from traders from the far East where the sun rises to rule and govern the day. The compass allowed the Grand Master to lay out exactly how the building was to be built according to the cardinal directions, regardless of the time of day, or if the heavens were visible or not because of the invisible force that surrounds the globe and keeps the needle floating on a small pool of water always pointing in the same direction. No matter which way you turn, indoors or out, on the high plains of Asia or the deep jungles of Africa the compass always points in the same direction.
We as Free and Accepted Masons should let it remind us of the invisible hand of providence that will always guide us in the right direction. In the darkest hour, under stormy skies and in the depths of the murkiest forest, when you can find no clear indication of which way to go and you feel as if you will never find your way again all you have to do is wait for the pool of water that is your being to settle and let the needle of the Great Architect of the Universe point you in the right direction again. The direction never changed, it is always there, the invisible force of right and good just needs a still pool and the smallest indicator to guide those that will wait for it to set them on the true path of light.
Posted M.M.M. from the North Eastern Corner at 10:58 PM 1 comment:

Long as I See Light 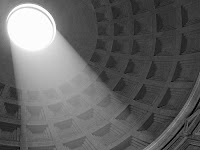 Every few months or so, my wife and I get a reprieve of our parental duties and get a night on the town to dine, catch a movie and rush home to catch up on sleep. Tonight it was her turn to pick out the film and we went to see "State of Play" (because no amount of arguing on my part would get my wife into the new Star Trek movie!) and as much as I wanted to see the back story of my favorite futuristic friends I settled into the murder mystery my wife sold me on. The simple plot of the whole movie was a Washington news journalist (Russel Crowe) piecing together three seemingly unrelated murders in our nations capitol. Soon into the movie I noticed a blue coffee mug with a square and compasses on it in the residence of the protagonist Cal McAffrey (Crowe) and a ring on his pinky finger that might, or might not, have been masonic. Giddy up! A Masonic movie, right? Well not really, but the brooding truth seeker Cal was apparently a mason and I spent the rest of the movie looking for hidden symbols or a decent storyline and came up empty on both searches. Well not really, there was a fleeting screen shot of a marching band on the steps of the House of the Temple in DC which made absolutely no sense, and the story would have been all right if it were an hour shorter but it was a Hollywood movie so I was asking for too much.
The gist of my post is, since becoming a Freemason I am hyper sensitive to seemingly meaningless images thrown at us, and there are a lot of them, and why they are there. The kicker of the whole thing was the undercurrent of the movie, which was not really developed, was bloggers vs. "real" journalists and the movie ended with a behind the scenes clip of a newspaper being printed with Creedence Clearwater Revival's "As Long as I See the Light" playing in the background, you make the connection.
Posted M.M.M. from the North Eastern Corner at 1:08 AM No comments: