The Lodge Night I Dreamed Of

There we were, four Traveling Men on a train bound for the greatest city in the world dressed in dark suits. We had no idea what to expect and were excited like school kids on their first field trip. We spoke of our lodge and how it was now and what we dreamed of it becoming. In hushed tones I helped my Brothers polish their secrets to make sure they shined if tried. They were ready, we were ready. I had already explained to them that the lodge we were visiting was special and did things very different form how we did things but even I did not know what was to come. It seemed the stations passed by in a blink because we arrived in Grand Central in a very short time.
The bustle of the city allowed us the anonymity to hone our art further. After a packed subway ride we strode down the street toward our destination on a drizzly overcast evening but we must have shone like diamonds as many a person took the time from their hustle to say "looking sharp gentleman" or "nice suits". Our secret conversation was so engaging that we almost missed our destination and surprisingly it could be missed if you weren't looking for it.
The polished modern entrance was like any corporate headquarters with the revolving glass door and an attentive security guard behind surveillance monitor but just past the doorman was a beautiful stone floor with an inlaid brass square and compasses encircled with the motto "Let There Be Light". We were ushered to an elevator in the rear entrance lined with beautiful glass cases filled with Masonic memorabilia and murals. Our excitement mounted as we rode the elevator to our destination where we were greeted by the Tyler who asked us to sign the guest book and wrote down our names and titles for the Masters benefit. We grabbed our aprons and walked inside the one of the most amazing lodge rooms I had ever entered.
The Ionic room was like a Greek temple as its name implied. Thirty foot marble columns surrounded us with ornaments painted in all sorts of colors as those temples were decorated in their heyday. There were already many many Brothers anxiously waiting for the night to begin and I greeted my fellow Worshipful Master and we made our way to the North Eastern side of the room of course to take our seats. While we waited for the night to begin we were greeted by a very gracious Brother who gave us a little insight to the lodge we were visiting he turned out to be Mark Koltko-Rivera author and fellow blogger. He had long ago helped me with a memory technique after one of my posts so it was nice to meet him in person.
A bell rang and the night began.
This lodge was a Traditional Observance Lodge. I have long been an admirer of the TO concept but never had the opportunity to see one in action.... let me just say it was worth the wait.
First they turned off the lights. Then there was music. Brother Mozart helped us from beyond, to shed the day and excitement and focus our thoughts for lodge. Then the lodge was opened. It was not really that much different from how we do it, except the little differences between jurisdictions, there were even some requisite line fumbles as we all do, but the contemplative time before the start made it all the much more meaningful. After the opening all of the visitors were welcomed and the night began. Business as usual but then the guest lecturer was brought in and we were enlightened by a thoroughly engaging discussion on "Symbolic Interaction-ism". It was delivered by an amazing Mason and Man who I have long admired and we all really enjoyed it. The night was running late so they closed the lodge and ended in a chain of union,(see TO lodge above) which is quite a fulfilling way to end such a great meeitng.
We then retired to Coalition (dinner) which was held in a private room in the basement of a nearby restaurant where we shared excellent food and wine and company. The level of conversation was at a height of profound intellectualism and Brotherly Love and friendship that I had never reached before but had always dreamed of. This was a lodge night like I had envisioned it to be before I approached the West Gate, men from every station and level of life meeting on the square and sincerely trying to make themselves and each other better. Deep conversation and thinking deserving of the profound nature of our ritual and fellowship and camaraderie over amazing food and drink.
I can say with out a doubt I came home a different man than I left and I have seen what I wish my lodge to become. We are almost there. The bar is set high. It was the most profound Masonic night I had ever experienced and I thanked the Worshipful Master and guest lecturer profusely and had I asked their permission I would be doing it by name but alas I did not so I will not. It was the lodge night I always dreamed of.
Posted M.M.M. from the North Eastern Corner at 12:35 AM 2 comments: 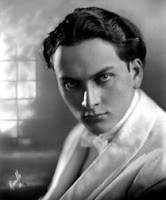 A while back I finished reading Master of the Mysteries: The Life of Manly Palmer Hall

and like many things in my quest for esoteric knowledge the reality was not anything like the idealized vision I had built up in my head. Very early in my research into Freemasonry I became a big fan of Mr. Hall. I started out, like many searchers of hidden knowledge, with The Secret Teachings of all Ages

. It was a revelation and although I have still not finished the entire book Manly's writings stirred something in me and spoke directly to me. Sometimes it seemed that he wrote in my thought pattern. It soon became an obsession of mine and the large stack of his books began to grow on my nightstand. Melchizedek and the Mystery of Fire (Adept Series)

,Words to the Wise: A Practical Guide to the Esoteric Sciences

,The Secret Destiny of America,Twelve World Teachers: A Summary of Their Lives and Teachings

,The Lost Keys of Freemasonry (Also Includes: Freemasonry of the Ancient Egyptians / Masonic Orders of Fraternity)

books, pamphlets, websites, I devoured them all. I repeatedly went on to the Philosophic Research Society's website and even dreamed of entering it's degree program. My highlighter has only gotten more work when I was given a script for a play.
The knowledge of this man seemed unbelievable and still does. He traveled the world studying our search for more meaning and must have read more arcane and obscure books than anyone ever. His library at PRS is still nearly second to none. As I read more and more I had a picture of this amazing man (definitely helped by his mysterious head shots) like some kind of dalai lama-guru in California living the enlightened life of a chosen one. As only a chosen one can, he never was unhappy or sad, and with all of his secret knowledge he lived a life of bliss until he re-merged with the source of all being. Reality was reality.
I sort of wish I had never read his biography so that my image of him remained unspoiled but like all things idealized, expectations can be overreaching and romanticized. Nothing about his writings has changed for me, they still hit a chord in my soul, but I am very sad for what happened to him. He deserved better.
Posted M.M.M. from the North Eastern Corner at 11:11 PM 3 comments: