A Brother Gave Me An Intricate Old Key...

It was a very cold night, a cold that not even the strongest whiskey could ward off. I traveled my usual way down a few roads the short distance to the magnificent edifice that was home to our order. The main spire of the old brownstone building reached up, a bell-less steeple, to the reflected light of the lunar orb that illuminated the icy night with an eerie glow. As I approached the rear entrance as was my custom long before everyone else, I was surprised to find the heavy oak doors with the ornate brass handles slightly ajar and a sliver of warm brightness from within. With keen interest I creaked open the door and walked toward the source of the warmth and light at the top of the stairs.
The ante room was filled with paintings and artifacts the likes of which just by their existence added to the mystery and majesty of the gentile craft of which I proudly called my own and along the back wall by a large fireplace sat an aged Brother staring at the fire like a work of art. He did not stir as I approached, he just sat there in quiet communion with the fire before him and there in his hands was an old key. As I sat down next to him breaking the trance he turned his familiar grey eyes to me and without words handed me the key. I recognized it on sight and wondered why this was the first time that a Brother gave me an intricate old key...............


Well... thats not exactly how it happened but at my last lodge meeting a Brother lent me his copy of The Hiram Key

. It is strange that of all the Masonic or quasi Masonic books that I have devoured in the past five years I had never gotten this book. Maybe it is because of the controversy that surrounds the book or perhaps because it does expose some aspects of Masonic ritual I had never approached it, but here it was free for my consumption and consume it I did.
Even though I am in the middle of three other books,  the other night I picked it up and spent two days devouring its contents. Its funny how when my Brother gave it to me and tried to explain some of its contents I was so quick to question and dismiss some of the ideas expressed within and yet as I read the same ideas I found myself getting sucked right in also.
It began with two mason Brothers, Christopher Knight and Robert Lomas trying to find out more about the foggy origins of Freemasonry and blossoms into an intriguing web of theory and speculation linking the earliest civilization of man in Sumeria to Egypt, Jesus, the knights Templar, Braveheart, America, all the way to the average Joe tying on an apron at his monthly lodge meeting. It takes just about everything in the world of history that I hold dear and puts them all together under one cover. I read with open eyes and no judgement and truly enjoyed the book. Being a seeker of the hidden secrets myself, I was easily drawn into their theory and found many parallels with other works I had read and many ideas struck a chord with me. It wasn't until after I had finished that I did my internet search and read counter points and the negative reviews but even then I found that I still think they trampled upon some valid connections.
The biggest problem some people have with the book is that they the authors constantly and quickly turn their conclusions into fact and move on to the next part without indisputable proof, but that is what I enjoy about it because you walk along with them in their excitement. I can just imagine how I would feel having the celebratory drink after a realizing that I made a connection that no-one else had or even dreamed of, even if some are a bit far fetched. The thing is that they create a good narrative and prove their theories as good as a couple of non-historians can.
If you are a Master Mason and wish to explore some alternative histories and interesting theories and make your own conclusions it is a very fun book. If you are just starting to research Freemasonry and are planning to knock on a lodge door soon, wait because they do, without giving up any secrets of the craft, expose in detail many of the rituals and things that make the Masonic experience so special and enjoyable.
I kind of want to start a book discussion group in my lodge and crack this book with a few of my own Brothers and see where we can go with some of the ideas.
Can you say Junto anyone? (Ben Franklins autobiography is one of the books I put down to read this one)
Posted M.M.M. from the North Eastern Corner at 11:50 PM No comments:

(This is a re-post on what would have been my son Jack's 5th birthday. We miss you.)


An angel is a supernatural being found in many religions. In Christianity, Islam, Judaism, and Zoroastrianism, angels, as attendants or guardians to man, typically act as messengers from God.

My daughter was born 5 weeks premature. There was no official reason for my daughter coming early, but on the night she was born the nurse told us that full moons often are to blame, and opened the window shade to the biggest full moon my wife and I had ever seen. I cried that night and asked God why he would do such a thing to such a small and helpless being and to please help her survive.

Email ThisBlogThis!Share to TwitterShare to FacebookShare to Pinterest
Labels: Angels

The Theater of Freemasonry 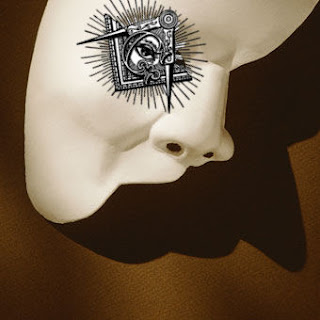 Bring up the lights... knock,knock,knock ... ACTION!
Recently I had the absolute pleasure of watching one of my guys, mine because I was the top line signer on his petition, deliver the mother of all Masonic lectures the second degree's Middle Chamber, to a couple of deserving Brothers with such style and passion I could not stop thinking about it for a couple of days. For those of you who do not know what I am talking about, or for those from Masonic jurisdictions who do not give the Middle Chamber in the Fellowcraft degree, it is about twenty pages long and describes and explains everything from the orders of architecture to the liberal arts and sciences in a dramatic way. When it is done wrong it is a guaranteed cure for sleeplessness for everyone involved but when done right, like it was done the other night, it captures and captivates and feeds the fire of learning of our order.
So much of Masonic ritual can be enhanced and made to come to life when done with a little dramatic flair. Imagine you read about some amazing play at some fantastically decorated old theater, you spend some time imagining how it is staged and performed and your anticipation builds. You finally scrape together the money to get a ticket to see it and you spend the whole drive to the playhouse anticipating the evening. When you enter the old auditorium you are amazed at the architecture and details of the room. The lights go down and you hardly can believe you are finally there, then the lights come up and the cast comes on stage in immaculate costumes and....the lead begins to drone in a monotone a long soliloquy that you can barely stay awake for, then you catch some of the ensemble peaking at a script while they mutter through their lines with no inflection or meaning and every now and then there is a long pause as someone tries to remember their line. You bear with all of your patience through the first act and you run as fast as you can to your car during the intermission.
At least you can walk out of a bad play, yet most men who come across bad ritual at their lodge quietly endure and if they make it through two more "encores" get their dues card and never come back. Who wants to go see a bad performance over and over again? Even the best written script can be a painful experience when delivered wrong. That is why me must add something to the ritual. Even if you can deliver it word for word and understand every part that you recite, if you can not deliver it with passion and a little dramatic flair chances are you will loose the audience, our candidates, eventually.
Now I know that not every Mason has the ability to perform like Sir Lawrence Olivier but even if we can sprinkle in a few Bill Murrays (it was just Groundhog Day

) our fraternity would be the better for it. Maybe even Grand Lodges could do some workshops on acting as much as they have ritual seminars to raise the level of performance in our Lodges, cause when you see a Middle Chamber done by a young excited Freemason you connect to the words a lot better and want more.
Posted M.M.M. from the North Eastern Corner at 9:52 PM 1 comment: