The Struggles of an Esoterically Inclined Freemason 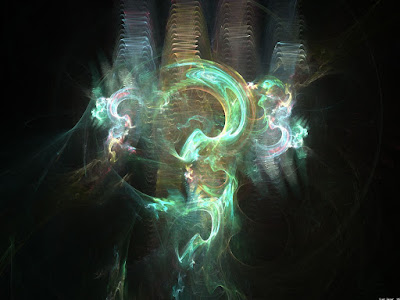 I'm sure many of my Brethren know exactly what it is I'm talking about when I say that it is a struggle to be an Esoterically inclined Freemason. You have probably read "The Secret Teachings of All Ages" along with other works by Hall, along with Pike and Wilmshurst and any other esoteric book on or related to Freemasonry or anything else esoteric. You have probably combed through Internet Sacred Text Archive and studied and discovered new jewels of thought and philosophy that sent a chill up your spine or just "lit" your mind like never before. Perhaps, like me, as you pour over this information you dutifully highlight phrases and passages that speak to you, ever preparing for that time when you will be able to exchange these pieces of light with someone of a like mind.
You spend your days and nights pondering, thinking, and brooding over higher thought. The deeper you get the farther away you are from most of the people you know because they are not there with you.
One definition of Esoteric is: understood by or meant for only the select few who have special knowledge or interest. I think there are two key words in that definition. Only a few actually have the interest. So in no way are we elitist or exclusionary, we are just a small group of people that want to know about the arcane.
Freemasonry draws more men who have this particular interest than other groups because of the secret nature of our order. The symbols and ritual are like a beacon drawing the esoterically inclined to the West Gate of the craft. Unfortunately for the few who's interest lies in the esoteric they are just that, a few. Far more men are drawn to the fraternity out of family history, comradeship, or simple curiosity than a yearning for a deeper meaning in life.
So we enter the West Gate expecting a group of enlightened sages and usually wind up in a sort of fancy Rotary Club. When we went through the 3 degrees and we reveled in the drama and symbolism while some of the Brethren just wanted it to be over so they could go home. We quickly took charge of our membership and learned the ritual and helped out as much as we could and even became officers of the lodge in response to that deeper yearning, ever searching for that mystic tie. It is often not found but we keep searching because that is our nature, us few.
I recently had the tremendous pleasure of raising my dear friend to the sublime degree. As my lodge somewhat stumbled their way through that great drama, many with that deer in the headlights look on their faces as they played it out, I came to the realisation that I would always be in the minority. Maybe someday I will find that group of enlightened sages or even organise one myself but for now I must remain on the periphery watching and waiting for more of the few like myself.
Posted M.M.M. from the North Eastern Corner at 9:51 AM 34 comments: