The problem with being a young father and working and being the Senior Warden of my lodge is that I have no free time.... Well, I get some every now and then but it usually at night after getting the kids to bed, cleaning up, getting things ready for the next day and by that time I am already asleep or so tuned out that vegging in front of the tube is about the only thing I can muster. I think about great things to write but usually they come to me at times when I can't possibly write.
My lodge is back up and running with about 15 men in various stages of early brotherhood. The other night we opened on the Master Masons Degree and I had no idea "Why I am a Master Mason". For those of you who don't know, the Senior Warden goes through a question answer session with the W.M. in the opening and closing ritual pertaining to the particular degree being opened on, and it had been so long since we had opened on that degree that I had no idea what the answer was, but I said that it was so I could earn a Masters Wages to support my Family Friends and Orphans, which earned some giggles from the sidelines. Which, by the way, is something we all of the sudden have! Brothers on the sidelines! And not past masters! It's quite great.
This Thursday I decided I would heap another straw on my shoulder and step up to the East to be Worshipful Master for a Fellowcraft Degree. I have seen it and been a part of it so many times it can't be that hard, right? I never really realized all of the extra little speeches that are made by the WM in this degree until I started studying for this degree. An old friend of mine will be going through it so I hope I will deliver, we'll see.
I really miss being able to post more often to my little blog. Speaking of which, I received an email back in August from a publisher or publicist offering me a copy of a new Masonic book pre-release. Thinking it was a solicitation for me to buy the book early I replied "......a FREE copy?...." to which she replied, yes of course to which I promptly sent my address and received it the next day. The Book was "The Masonic Myth" by Brother Jay Kinney and unfortunately for them I was hospitalized with pneumonia just after I received the book and although I started reading it before it was released they did not get the massive amount of preorders that would have come with a review from me because I am only writing about it now, a month after it came out. Brother Kinney does a great job breaking down the "Myth" even going so far as to give a play by play of the degree ceremonies all the while never revealing the "secrets" we have obligated ourselves to. It is a good background book for those wanting to learn about allot of things about Freemasonry in a short amount of time. My only problem I had with the book was his seemingly dismissive attitude towards the esoteric side of the craft and those men who have written about it. Which seemed strange coming from the Publisher and editor in chief of Gnosis an esoteric journal and the co-author of Hidden Wisdom: A Guide to the Western Inner Traditions. Maybe I just read it wrong or I am still recovering from my illness but that is what I took from the book.
And finally, speaking of books, I received Dan Brown's The Lost Symbol, the day it came out from Amazon and finished it within five days. I had really enjoyed his previous books and this one was no different. It was a thoroughly enjoyable joyride of a book and I am sorry I ever doubted old Dan. He had always written enough truth into his books to make you really wonder about things and shame on us Masons for thinking he would have trashed us because there really is nothing to trash, sorry Kooks! The entire book was very pro Masonry and there is a part where the central character Robert Langdon, gives the best lecture as to why the fraternity is such a good thing in the world that I am sorry the best argument for the Freemasons can come from an outsider and fiction author.
Anyways, its getting late and I have to get back to memorizing allot of parts about corn, wine and oil!
There is much work to be done.
P.S. I want to thank the Brothers who find the time to email me and ask questions or just send an atta boy. You can never understand how much these correspondences mean to me and my writing.
Sincerely,
Matt
Posted M.M.M. from the North Eastern Corner at 10:37 PM 3 comments: 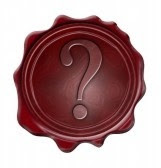 Sunday morning. Newspaper, coffee, kids eating breakfast, getting ready for church.......... spit out coffee!
Alright so I didn't spit out my coffee but I did blurt out a OMG!
In today's Parade Magazine there is a excerpt of the new book by a certain writer that is coming out on Tuesday. Well, let me say that when I do get my copy I will probably read it in an evening or two, but so far it sounds like it is going to be a battle between the (a) church and the brotherhood of Freemasons. In the excerpt a man is going through a (final) degree where he will finally have fully infiltrated the Masons or some appendant body where the final degree involves drinking wine from a skull?
Now, we all know that I have not joined any of the other bodies associated with Freemasonry but I have never heard of such a thing and I have read allot of esoteric stuff. The chamber of reflection involves a skull and crossed bones as a "memento mori", but drinking wine out of one? I guess I'm am still part of the unlearned underlings of the "real" power brokers in Masonry.
All I know is we better be as informed as we have ever been and be ready to answer allot of questions!
Posted M.M.M. from the North Eastern Corner at 9:25 AM 5 comments: