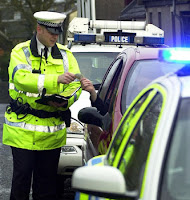 (Saddle up, I'm getting on a high horse!)

As a self professed history nerd I can openly admit to reading old minute books from my lodge and with a lodge nearly 250 years old there are a lot of these. I have generally stuck to reading the ones from poignant moments in history both of my lodge and of my country but I always end up reading and skimming through them all just to satisfy my curiosity. These humongous leather bound tomes are themselves works of art as it seems everything from our earlier age was done with much more attention to detail. The handwriting is exquisite, the paper heavy and of high quality, and the binding for something as trivial as a lodge minute book had the quality of an heirloom bible. I have spent many hours with plastic gloves leafing through meeting after meeting in days gone by and there is one thing that happened quite often in those times that never occurs now. This missing piece of everyday Freemasonry in the past calls into question how we now run the order now and how seriously we take the vows we make to each other.


In between degrees, funerals and processions there were many times that brothers were brought up on charges of un-Masonic conduct. The minutes themselves are very discrete about the nature of these offences but their occurrences were often and penalties swift. It seems to me that Freemasons in the earlier generation of the craft were more serious about maintaining the code of conduct that we as Freemasons all swear to live by. They were willing to police themselves in order to maintain the reputation of the fraternity. It seems like a lifetime ago but I touched upon this subject in a post titled “A Desire For Knowledge” in 2008 and even though it was a very brief part of the thought I was trying to convey, I was hammered on the thought by a couple of friends from the Blogosphere who thought I was being too romantic with the past. I in turn was very cranky (I was just a baby blogger back then) and became very defensive about my thought process and never really argued the point I was making that I can now, as a wise and thoughtful Past Master, better expand upon.

During the three part initiation process we swear upon a volume of sacred law that we will live by ever expanding obligations to ourselves and the Fraternity. Most of the things we swear upon are keeping the modes of recognition secret, but within the ceremonies and later in the obligations we have more and more specific codes of conduct asked of us to live by. All of these obligations are taken with the penalty for infraction of these obligations fully explained and then we are reminded of the figurativeness of the original penalties and that the only real penalties are reprimand, suspension, and expulsion. These therefore are the only tools that Freemasonry uses to weed out men that can and will reflect badly upon the craft as a whole. At the same time, we are also told to use whispered council in the ear of a Brother before any of these paths are to be taken and this is the course of action that is the most widely used now, if any at all.

More often, and I am the first to admit to this glaring fault, it is much easier to turn a blind eye to un-Masonic conduct and wish for something better. This non confrontational approach is easier on all parties because you are not put in the position of accusing a Brother that could damage a relationship and no one is put on the spot to defend themselves. This symptom is an indicator of a modern societal sickness. In an age where competition and excellence are frowned upon in order to protect the feelings of those who loose and all types of behavior are condoned and explained away regardless of their depravity, what can we expect? It is the absence of accepted excellence that has forced everyone to lower their standards and seek out the tiniest faults in a persons history or demeanor in order to destroy what ever personal temple of merit and virtue they have constructed, in the name of leveling the playing field. No one is allowed to be better than anyone else and the ones who seem to be better HAVE to have something bad locked away in the closet waiting to be unveiled. Nobody is safe. Even icons of earlier ages continually face the onslaught of personal degradation by historians seeking dirt on anyone who was thought to be excellent. We are not allowed to have heros anymore, or more like we are made to believe even the best of us is in no way better than the lowest of us, they just do things a little differently.

We need heros. They do exist.

The much maligned founding fathers of the United States, as a whole, were amazing men in all ways despite the "bad" behavior they are accused of today. Read their words. They continually struggled to improve themselves and the world they lived in and tried to lay a foundation of a system that would eventually overcome the societal norms that they knew were contrary to the principles they espoused. It took a long time but the changes for the better did come because of the system they came up with. Countless other icons of human achievement had, in the long run, a much better tally card of good and great than that of bad or worse and we need to emulate them and improve upon their example.

We enter the covenant of society to lay out a structure that all can follow in order to benefit each other for the good. Laws are made to spell out exactly how society needs to follow agreed upon rules. Penalties are made because some will break the rules regardless of their merit or necessity and they must be punished by the society for their transgression, to both enforce the rules and exemplify the societies collective will to live by them. When we look the other way when rules are broken, we break the pact we have made with each other and tarnish the reputation of our society. Little infractions by themselves do not destroy the foundation of good laid out by all, but collectively grow to fracture and eventually destroy what has been built.

I am in no way perfect but I am continually trying to make myself better. It is a conscious decision I have made to live up to the high standards that I wish to extol and it is a never ending effort. When I wear a ring of a Freemason I become a walking billboard of the fraternity to those who know what the symbol on my finger represents and also to those who have no idea what it means I want them to associate that symbol with an upstanding man of integrity and moral virtue. Perhaps that is why some don't wear a ring? Maybe its like the adulterous husband who removes his wedding band when cheating, as if removing the symbol of your covenant you swore to relieves you of that pact. Even when I am driving my car that has the symbol on it, when I come close to doing something that would reflect badly upon my order, I think of how someone may have that symbol burned into their consciousness as the *#$hole that cut them off and drive a little nicer. But I do cut people off sometimes and I still do stupid things sometimes when wearing a Square and Compasses, but I try not to and when I do, I am the worst reprimander when it comes to me.

But what of those who do not have that self control or don't even want to try to attain it? It is then that we as a fraternity must step in and try to quietly whisper good counsel and if that fails take the next step and invoke the penalties explained to us after every obligation. If we don't do it, no one will and men like the monster in Norway will remain in good standing with the order until they do something atrocious and force the fraternity to Expel a Brother after the fact, which does more harm than simple enforcement of rules and standards everyday by every Brother.
Posted M.M.M. from the North Eastern Corner at 11:32 AM