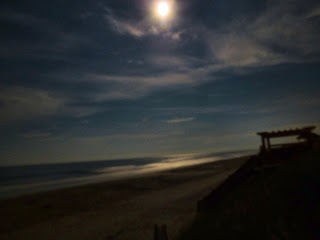 I have been dreaming allot about Masonry lately. Not the starry eyed what can I do for the fraternity kind, but odd, out of place, what are you guys doing kind. They revolved around me going to a lodge, my lodge or another, me walking about as usual meeting and greeting and being happy to see my brothers and feeling good; then something happens and I start thinking to myself what the heck am I doing here...they haven't been good dreams.
When I was younger I always had dreams that revolved around me going to school and not being able to find my locker before class or not being able to get to my class from my locker. I was always searching and late and not feeling good about what was happening. Those dreams haunted me. I would wake up with a horrible feeling of not being able to do what I wanted and was capable of doing.
These dreams followed me through my years in school, in the Navy, after the Navy, and into adulthood. Perhaps a reader or Brother with knowledge into the meaning of dreams could delve deeper into my mind but from what I can figure out myself with my high school/military education and experience is that my soul is desiring something that is so close but so far away...
Back to Masonry.
In the spring of this year I enjoyed a couple of visits and degrees that I had decided to go to, or had the honor of being invited to that had me feeling a small bit of Masonic renewal in myself that had been long gone. In my own thoughts I thought of myself having a Masonic Spring. I had great boosts of confidence and wonderful rekindling or cementing of relationships I have had through my travels as a Freemason. But they were fleeting. In my ever growing panoply of real and work life events that I encountered, the Masonic ones seemed trivial in comparison.
The majority of my Masonic interaction strictly revolved around Masonry and when that level of familiarity was pressed to a different one it rarely resulted in an evolution. To put it simply, I found it hard to talk to my Brothers that I had grown in the order to talk of anything other than the craft. My Masonic friends were not my friends outside of masonry and when I tried to elevate that friendship 9 times out of 10 it stayed strictly Masonic.
That makes me sad.
Don't get me wrong. I have made a number of lifelong friendships within the fraternity, but I have also through this blog and a lot of travelling, met a voluminous amount of Masons yet the R.O.I. has not come near the expenditures.
So where the heck am I going with this?
I don't know.
I wear my ring every day or at least have it in my little jeans pocket.
I still am drawn to any lodge building or story about Freemasonry, no matter where I am.
I am paid up in my dues and am considered a Brother, but I cannot imagine dedicating the amount of time that I had in the past to my pursuit. Mostly because my family and job require that time and both have an exponentially higher R.O.I.
What does any of this have to do with the title to my post?
I stepped into my mother lodge, "Old St. Johns", for the first time since my failed attempt at returning to the East to hear what a joint committee on consolidation of the two local lodges had produced. I saw some very dear old Brothers and friends, along with others who were not so dear but brothers none the less.
One of the men there, who I hold in the highest regard and fondness, has reached the epitome of what it is I was striving for. Due to life's demands I had not been able to congratulate him in person and I was very glad to see him and give him my esteem. To tell the truth, he was the real reason I came to the meeting because I knew he would be there and I knew it would be one of the only times I could give him my reverence due.
None the less, I listened attentively to the findings and politely yet vociferously stated my opinion along with some other very passionate opinions by members of my lodge.
Unbelievably, yet not really, the ones who lingered after this very pivotal, historical meeting to talk were not members of the lodges involved, but the visitors... and I, save the brother who waited for us to leave and lock up and one other Brother...my mentor.
I had not seen or talked to him since my "downfall" and he politely waited outside to say goodbye. We did have some curt conversation to catch up but had not really talked earlier. As I walked out with others he interjected himself into the conversation and we caught up.  I was glad for the conversation but it ended all others and we all left for home.
The end result of it is that my mother lodge, two years short of reaching 250 years on its original charter, is merging with a lodge that sprang from it and turning into something new. I have mixed feelings about the whole thing because I had no idea before that meeting that we would have to surrender our original charter as a result of the merger, no matter how much the consolidation was needed.
I was not at the final meeting for the vote.
It was unanimous...
Adieu SJ6..............

I have sympathy for the feelings you have as a result of the charter and the feelings you have of the surrounding brothers. I have met you a few times and you are ready to give as ready to receive light. A pleasant fellow , with a Passion for masonry and fellowship. Thank you for this blog, you are teaching me more about myself as well.